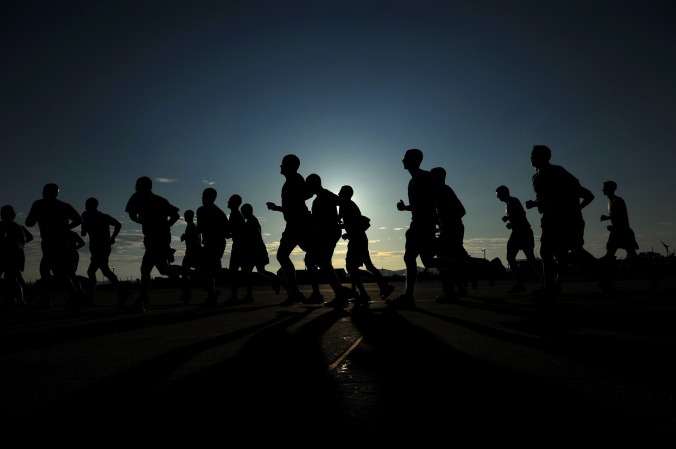 “Run when you can, walk if you have to, crawl if you must, just never give up.”

That’s the essence of ultra marathon running – relentless forward motion while putting one foot in front of the other. This particular quote is one of the most popular within the ultra world and I’d say it sums up the experience accurately. Running non-stop for hours while battling the urge to throw in the towel happens each and every race. The key is to keep moving forward at all times and never, ever give up.

“There is no such thing as bad weather, only bad gear.”

Sure, this quote is relevant to all running; however, while spending those long grueling hours upon your feet during an ultra marathon, weather can make or break a runner. How the weather affects our race day performance can be managed and is done so with the proper running gear. The longest ultra marathon of my running career is finally on the horizon – 116 miles from the Gulf of Mexico to the Atlantic Ocean, one straight shot across the state of Florida. Factor in the heat with the expected radical temperature change at night and it sets the stage for one gutsy endurance extravaganza. Currently, the winters have been frigid where I live and training days have reached as low as 20 degrees Fahrenheit. I literally wore 6 layers upon my torso to aid in the completion of 30 miles out running in the snow. Furthermore, there is no such thing as rainy days with a quality jacket and the summer days will seem much milder with a sun hat, heat gear, and a decent pair of glasses. All in all, we are not stuck on the couch due to external factors, it’s only the internal barriers we create within ourselves that prevent us from training for race day. It’s not the rain that stops us, but the meaning we give to the rain and the meaning is only dictated by ourselves and ourselves alone.

Want to become a runner? Walk outside, take a step and poof… you are a runner. Running can be as simplistic or as complicated as you make it. But if you ask me, the simplicity of the act is most admirable. When you stay consistent and you stay true to something, like running, it provides an exceptional intrinsic reward. Want to change your life? A marathon will do that to a person. Crossing over the finish line to become a part of the 0.5% club sure places your abilities into perspective and the confidence that generates will transfer outside of your running shoes to most other challenges throughout your lifetime. Want to re-wire your brain? Then run an ultra marathon, a 100 mile race in particular. In life there are the known-unknowns and then, there are the unknown-unknowns. Pushing yourself past inconceivable limits physically, mentally, and spiritually can certainly change a person’s frame of mind. It’s an unusually gratifying experience to cover 100 miles by foot where those last 10 miles we must dig deep within ourselves, past where any physical strength could ever take us to, and our arrival is the finish line of an ultra marathon. 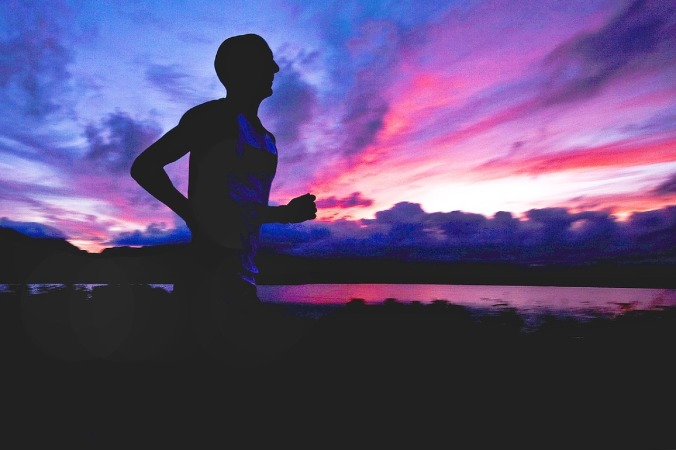 “Find the level of intolerance you can tolerate and stay there.”

While running an ultra marathon there’s no comfortable pace – well that is, there’s no comfortable pace that extends for the entire race. In running the 100 mile distance, it’s more like finding a groove and holding on for dear life. However, an efficient fat burning metabolism will help. This would be compared to the sugar burning fight or flight state. Burning fat as fuel is similar to a coal fire, slow and steady, whereas burning sugar as fuel is similar to igniting lighter fluid, a quick flash then empty.

“Do you think we were supposed to turn back there?”

Many times while participating in ultra marathons, specifically on trails, you must follow coarse markings throughout the woods. Personally, I’ve ran the incorrect direction several times but caught myself quick enough to turn back. However, one time I did run approximately one mile out of the way. Think about it, if you run one mile in the wrong direction you must turn around and run back, that’s a two mile total add-on. As we find that moment within the present where we become lost in our thoughts, it’s easy to miss a turn. In like manner, following the person in front of you will not guarantee the proper direction because they too could just as easily miss a turn not to mention that ultra marathons spread out later in the race so the navigation ultimately is up to you. But rest assure, most volunteers do a fantastic job thoroughly marking the course to prevent these misguided events from occurring.

“You’ll be wistful for the ‘wall’ of the marathon, when you hit the ‘death grip’ of the ultra.”

Prior to running a marathon you may hear haunted tales of “hitting the wall”. When popping quick hits of sugary processed supplements to keep on edge of a sugar burning state, your energy reserves deplete much more rapidly, that’s why an efficient fat burning metabolism can be effective for ultra marathons. Furthermore, during ultra marathons you learn to push past your so called “limits” discovering a second wind, a third wind, a fourth wind and so on. During longer ultra marathons you push yourself to unfathomable levels of human endurance and will literally feel like death has a hold of you – call it a “death grip” if you will.

At the end of every race I tell myself this. I say “never again” or “I need a break”. Last winter I caught pneumonia running an ultra marathon. I was over-trained and worn-out with a ran-down immune system, left vulnerable to infection and disease. Immediately after the race and in the midst of my sickness, I declared to take the following winter off. Well, of course this did not happen. Instead of taking off I’ve been training for the longest race of my running career. We say “never again” until it transforms into “again, again!” 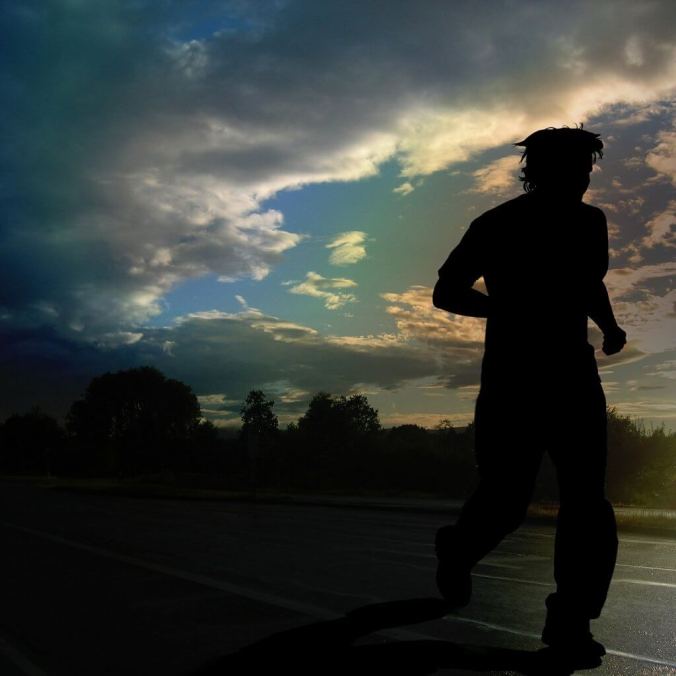 “Despite what seems like the extraordinary nature of these events, in the end, they make you even more human.”

Through time as a species we’ve grown farther and farther from our natural being. Houses, cars, offices, fast food, processed food, microwaves, cigarettes, drugs, alcohol, etc. Think about it, we wake up to breakfast in a box, lunch from a microwave, have our dinner delivered, followed by a late night rendezvous to the drive through window wondering why heart disease is a national epidemic. Instead of stressing about finding food for our survival we sweat missing our favorite reality show or a mistake we’ve made at work. We strive for convenience and reduced stress through an acidic and unhealthy lifestyle, ultimately providing us with an increased amount stress and discomfort pulling us even farther from that utopia we seek. Ultra running can bring us back to our natural self. It’s the human experience in its rawest form. The struggle is what shapes our character and it provides us with intense mental and physical strength. Running 100 miles triggers our survival instincts, instincts we’ve developed over millions and millions of years through human civilization.

“Your body will argue that there is no justifiable reason to continue. Your only recourse is to call on your spirit, which fortunately functions independently of logic.”

My first 100 mile ultra marathon was an insanely punishing yet a uniquely gratifying experience. Running deep into the night, my legs were shot, my stomach was torn, and my mind was exhausted. But I kept moving forward despite the unbearable pain from my legs, feeling as if they would shatter at any given moment. I ran the first 50 miles with my body and the next 40 miles with my mind, but those last 10 miles, those last 10 repetitively devastating yet insanely gratifying miles, those I ran with my spirit. Igniting that feeling deep down inside, that feeling that tells us we can do and be so much more, that higher self, the deeper self, that’s who found the strength to continue, and that’s who found the strength to cross the finish line. This inner strength is available to each and every one of us, and we can tap into it through our struggles and resistance.

“I decided to go for a little run.”

Quoted by one of the original ultra marathon legends, Forest Gump, the man who decided to “go for a little run.” Not many people have heard of ultra marathon running or understand why any reasonable person would attempt such an unimaginable challenge. It’s complicated to rationalize an irrational act like running 24 hours half naked through the woods with an intense focus on preventing yourself from throwing up on your shoes. As you begin telling family and friends about your distances, immediately you become “Forest Gump.” It’s funny how you ultimately take this as a compliment and start seeing Gump’s out and back across the United States as a possibility rather than a fictional story.

Ready to run your first ultramarathon? If so click the book image below and start training TODAY!